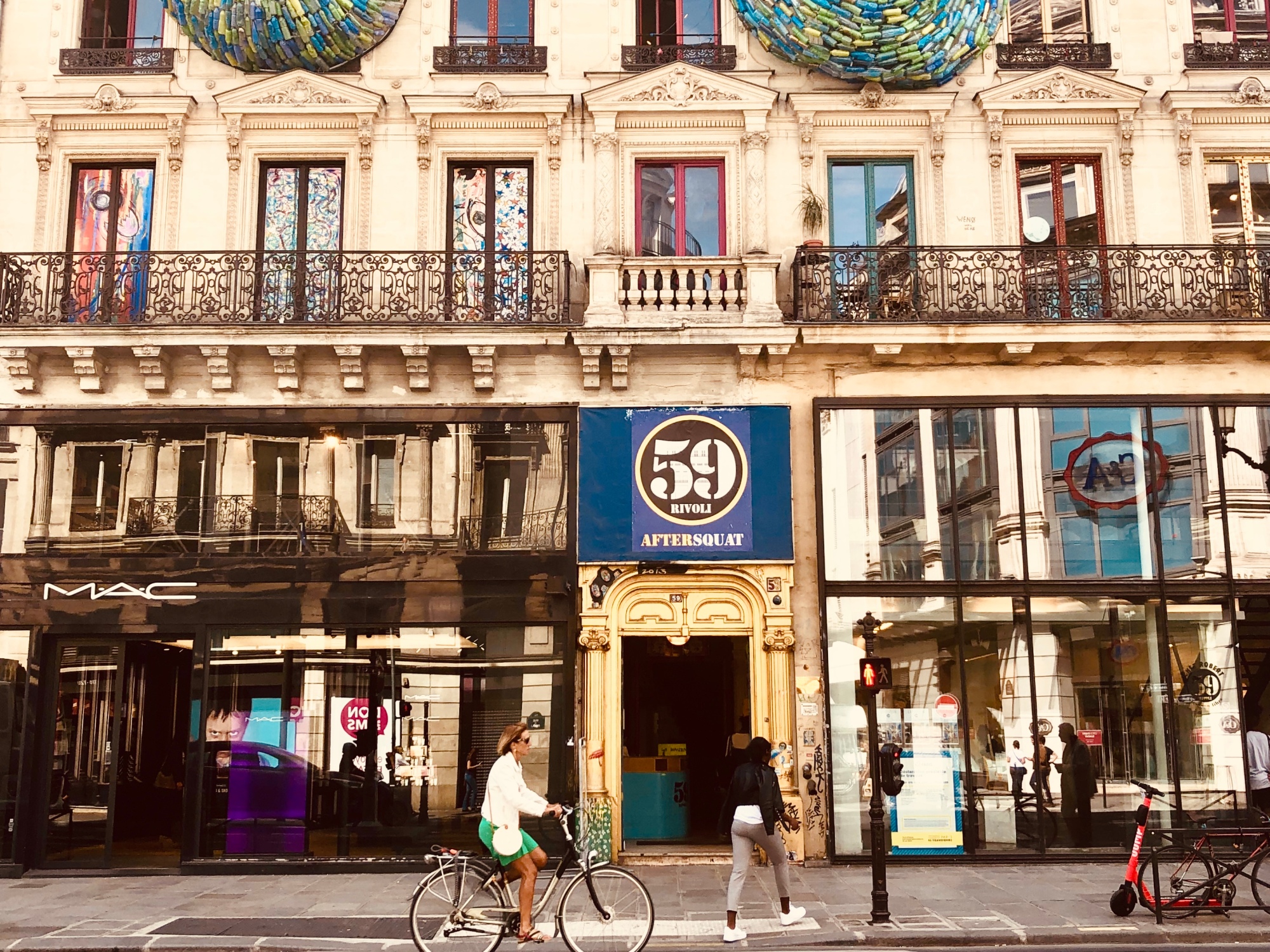 We all know that Paris is an artist’s paradise and in general France loves, appreciates and supports all types of artists. This is why France has one of the world’s finest museums where the work of artists has been preserved and showcased for people to admire for generations.

While artwork by the greats like Monet, Picasso, Van Gogh are all amazing to admire, as a Melburnian, it’s the indie artists and the hidden gems that are often more exciting to discover.

On Rue de Rivoli, between Musee du Louvre and Hôtel de Ville, there’s an understated building called 59 Rivoli. If you’ve visited Paris, you may have even passed by it without realising what’s inside. A unique arthouse, 59 Rivoli is where artwork covers the walls, from floor to ceiling. Every room has a different vibe, each showcasing work of a different local artist.

This place is also nicknamed as “After Squat”. The story goes that in 1999 three artists gained access to this building without anyone’s permission. Later other artists joined them to showcase their work for the visitors. Three months later they received an eviction notice but somehow till 2001 they were still there; hence they were called “Squatters”.

During that year, the city of Paris held its municipal elections and the running Mayor promised that if he was elected he would turn 59 Rivoli into a legal art studio and gallery. Funnily enough, he won the election and unlike your usual politician, he actually kept his promise and in 2005 the “Squatters” were granted the space.

There’s no entrance fee but you’re welcome to make a donation to help support the artists there. The place has a great atmosphere and with so much diversity in the art, there’s something for every art love to enjoy and ponder. You also get to see some artists working away on their next project who are also happy to have a chat and share their passion for art with fellow art lovers.

So next time you’re on Rue de Rivoli, take a break from the places you know and discover a different kind of art space.